How an Iconic L.A. Hotel Builds Menus Around California Cuisine Back in the ‘50s, it wasn’t unusual to spot celebrities like John Wayne and Lucille Ball lounging by the pool at Sportsmen’s Lodge. Being located 15 miles from downtown L.A. in nearby Studio City had the same advantages then as it does now — seclusion, lots of greenery, and precious peace and quiet. That’s a big part of why the property draws small corporate meetings (it can accommodate groups of up to 100 comfortably), and its boutique nature lends flexibility that event professionals love.

Zee Bell, the hotel’s highly personable director of catering and group sales, is particularly passionate about helping groups develop menus that bring in California flavor and freshness. Plant-based offerings are a trend she’s seeing more and more of, especially with corporate groups.

“Not everyone is vegan yet, but I think we will be,” says Bell (who eats meat). To prepare, Sportsmen’s Lodge has upped the ante on its plant-based menus.

The lodge once served an Italian dinner that was entirely vegan, and though the guests weren’t all following the diet, everyone enjoyed it. That’s because there are many ways to work plant-based appetizers, main courses and even plant-based “meats” into menus without any complaints from carnivores.

“The Impossible protein is really hot right now, so we can do burgers and sliders with that,” says Bell.

Vegan cheeses made from nuts are also gaining in popularity, especially those made with cashews. For a cocktail reception, the lodge served mac-and-cheese pops made with vegan-based cheese and fried in vegan-friendly canola oil (OK, so vegan isn’t necessarily always healthier). Sportsmen’s Lodge also serves vegan milkshakes in its diner-style café on property and can offer the milk-free treats for events as well. 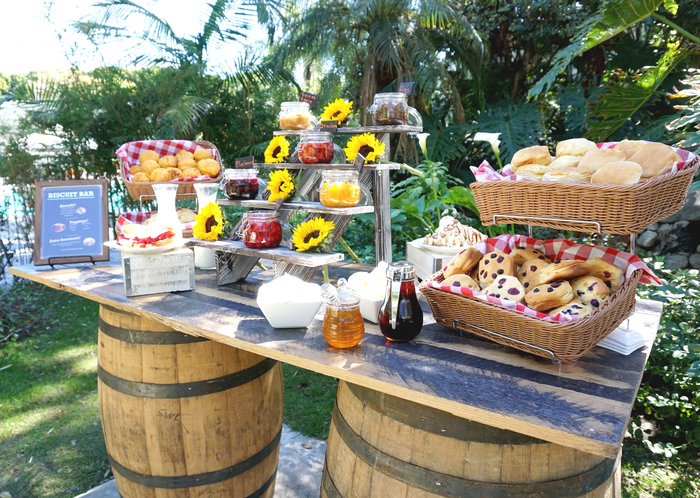 Not only is food a way to nourish bodies, says Bell — it can also be an amazing way to tell a story.

“We have folks meeting here who don’t know anything about the area, so I think it’s important to highlight where they are through food,” says Bell.

One way Sportsmen’s Lodge does this is through breaks themed after different regions of California. For example, the Santa Monica menu includes ahi tuna poke and frozen chocolate-banana pops; while the La Vida break includes chicken taquitos with salsa and guacamole, plus corn esquites (Mexican street corn in a bowl) and refreshing watermelon and citrus aguas frescas, like you might find in Mexico.

At the end of the day, says Bell, it’s all about creating memorable dishes that appeal to both guests’ eyes and taste buds.

“People don’t just want a platter of food; they want to be more visually stimulated,” she says. “They want to have an experience with food now.”