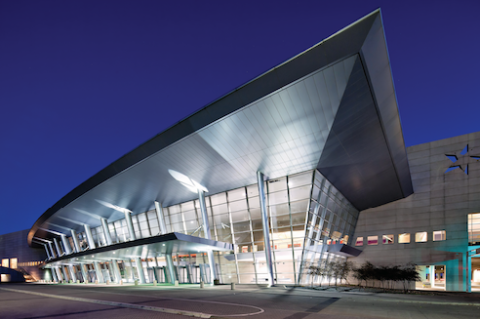 The first facilities to earn the new GBAC STAR accreditation from the Global Biorisk Advisory Council, a division of ISSA—The Worldwide Cleaning Industry Association, are scheduled to be announced by the end of June. To achieve accreditation, applicants must demonstrate compliance with the program’s 20 elements covering cleaning, disinfecting and infectious disease prevention.

Less than two months after the launch of the GBAC STAR program on May 7, thousands of facilities have committed to the program — from large hotel chains, convention centers and arenas to small restaurants, bowling alleys and barber shops.

“I love that this first batch of successful applicants includes both a gigantic convention center and a tiny restaurant,” says John Barrett, executive director of ISSA. He added that the program, which grew out of a partnership with GBAC that was only made official last year, has grown bigger and faster than ISSA could ever have imagined.

To respond to the initial demand for training to help minimize the risk of infectious agents, GBAC took a program they had created that usually runs three days and costs $3,000 and turned it into a 2.5-hour online curriculum that costs $150 for ISSA members and $300 for non-members.

More than 17,000 organizations took that initial course, but then ISSA started hearing that people wanted more: They wanted facility certification — which is how GBAC STAR was created.

The GBAC STAR program is designed to take between 4-6 weeks, which is why the first facilities that applied are just now starting to achieve accreditation. “It was designed for speed,” says Barrett. “That’s what people need to be able to open.”

Although the program was created for facilities, ISSA has also received applications from cities. “We never dreamed that cities would want to be certified,” said Barrett. “But we had 15 cities ask, and we said OK. We love the idea that we can help a city open up again.”

Among the cities seeking accreditation is Dallas. Their application not only includes VisitDallas and the Kay Bailey Hutchison Convention Center but also the Dallas Tourism Public Improvement District and the city’s arts and cultural institutions.

The cost of accreditation varies according to the type of building, with the prices posted on GBAC’s website. Examples include hotels, which cost $3/room/year; restaurants at $5/seat/year; and arenas at $.30/seat/year.

“We have moved from a world where cleaning meant pretty and nice-smelling to a world where you have to prove you’ve removed harmful pathogens,” says Barrett. “When you’ve done that, you will be awarded the GBAC STAR.”