According to officials from SCC parent organization Washington State Convention Center Public Facilities District (the District), the rebranding better aligns the venue with its hometown while solidifying the organization’s commitment to maintaining a fiscally responsible, self-sustaining operation that contributes economic and other civic benefits for Seattle, King County and the state of Washington.

“Seattle Convention Center isn’t just for conventions,” said Frank Finneran, board chair of the District. “Both buildings are designed to serve as a hub of activity where the community can intermingle with event attendees to enjoy dining, retail and an expansive art collection.”

Featuring a color palette that embodies the natural elements of its namesake city, the new SCC logo represents the fresh perspectives cultivated by guests as they collaborate, innovate and celebrate in the facility, he added.

The move comes as the SCC is gearing up to grow from two buildings into three. Featuring 570,290 square feet of event space that will double the capacity of the facility’s offerings, the $1.9 billion Summit is expected to open one block north on Pine Street in January 2023 and will include: 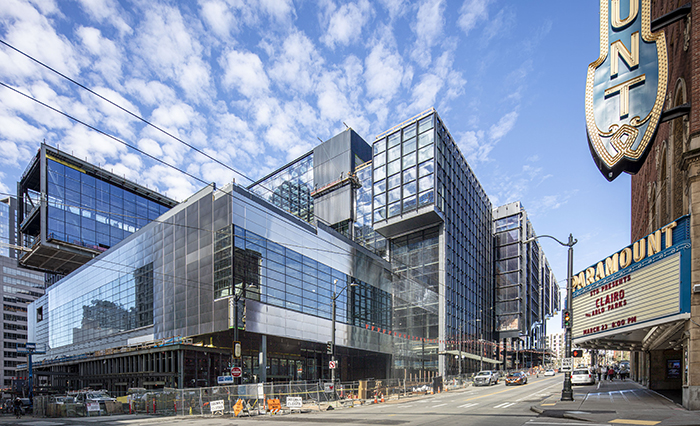 According to Visit Seattle officials, 40 events have already reserved dates and space at Summit, which is expected to provide a host of economic benefits to the region, including $260 million annually in visitor spending and as many as 3,900 direct and indirect jobs.

“[The SCC’s new branding] is a tremendous milestone as we prepare to launch Summit, the additional building, in January 2023,” said Jeff Blosser, SCC president and CEO. “The updated brand captures the enduring vibrancy the convention center contributes to downtown Seattle, both in terms of revenues generated by meetings, but also by event attendees as they explore Seattle, the Puget Sound and Washington state.”