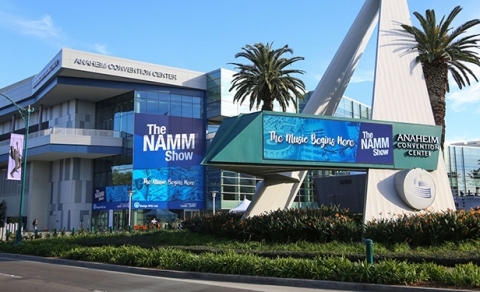 In response to the growing health crisis in the U.S., large convention centers and hotel/casino properties across the country are temporarily suspending hosting events in an effort to limit the spread of the novel coronavirus. This comes as the CDC issued guidance on March 15 discouraging any gatherings of more than 50 people for the next eight weeks.

Although this list is expected to grow in the coming days and weeks, here are some major facilities that have shuttered their event operations thus far:

As of March 12, Anaheim Convention Center in California shut its doors along with all of the city’s major entertainment venues, including Disneyland, Angel Stadium and the Honda Center. According to city officials, the convention center will reschedule all events through the end of March.

“In a short amount of time, the city and our partners have stepped up and taken decisive action,” said Anaheim Mayor Harry Sidhu in a statement. “This is a temporary pause in the best interest of public health.”

Following Governor Andrew Cuomo’s March 12 announcement that gatherings of 500 people or more would be banned starting March 13 at 5 p.m., Javits Center officials announced the suspension of trade shows and events through April 30.

According to Javits Center officials, facility staff are working closely with event organizers to reschedule events for later this year and the facility will remain open for routine maintenance.

On March 15, MGM Resorts International announced the suspension of operations of all of its Las Vegas properties effective March 17, with casino operations to close on March 16, followed by hotel operations.

The company will not be taking reservations for arrivals prior to May 1, according to MGM officials.

“Despite our commitment to dedicating additional resources for cleaning and promoting good health, while making difficult decisions to close certain aspects of our operations, it is now apparent that this is a public health crisis that requires major collective action if we are to slow its progression,” said MGM Resorts Chairman and CEO Jim Murren in a statement.

He continued, “This is a time of uncertainty across our country and the globe and we must all do our part to curtail the spread of this virus. We will plan to reopen our resorts as soon as it [is] safe to do so and we will continue to support our employees, guests, and communities in every way that we can during this period of closure.”

Two of MGM’s properties in Maryland and Massachusetts, MGM National Harbor and MGM Springfield, respectively, also shut down on March 15.

Also on March 15, Wynn Resorts announced the temporary closure of its Wynn Las Vegas and Encore hotel and casinos effective March 17 at 6 p.m.

According to Wynn Resorts officials, the closure is expected to last for two weeks, at which point the company will re-evaluate the situation. Some employees will remain working during the closure to secure and maintain the resorts, they added.

In a press release, the company said that it is committed to paying all full-time Wynn and Encore employees during the closure. Wynn Resorts CEO Matt Maddox released an internal video on March 14 promising to pay workers even if their part of the resorts closes, according to news reports.

“What our concern is is that we all get through this together,” he said.

According to Cobb Galleria officials, “As public assembly facilities, the risk of exposure to the virus [in our facilities] is higher. To our knowledge, none of our employees have tested positive for COVID-19. The safety and health of our guests, staff and volunteers is always of the utmost importance to us. Because the circumstances are changing daily, we will continue to communicate with you to keep you advised of our plans.”