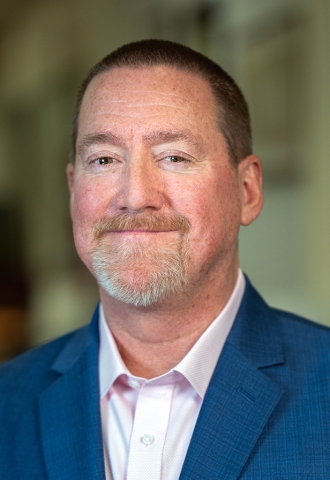 Mike Davis, newly promoted president and COO of CORT, describes part of the industry’s recovery process as being akin to walking into a child’s toy room. There are a bunch of stuffed animals, games and other odds and ends. The only thing missing is the floor, which is buried under the mess. Behind the scenes, as trade shows and events regain their foothold, is an ongoing clean-up process. When done correctly, there are fewer items to step on and clear paths forward. Less clutter and more room for movement, in other words.

It is along those same lines that Davis takes on added responsibilities at the nation's leading provider of furniture rental and transition services, a company he’s called home since 1997. He is now the point person for CORT Furniture Rental, CORT Trade Show & Events, CORT Party Rental, 4SITE by CORT and Roomservice by CORT in the U.K. All of those previously siloed divisions of CORT are now under one roof, eliminating many fears of tripping over a stray chair or trampoline.

CORT is confident a cleaner path toward its clients’ goals will be a victory for all, including the revived trade show and events industry. We talked to Davis about what staging the comeback will look like.

No one likes that the pandemic happened, but most acknowledge that there will be some benefit from it. What do you see as lessons to take from last year’s shutdown?

There's the old adage, “Never waste a good crisis.” As an industry, we have done the three-year, five-year type plans, but we haven't been as good at pulling the car over to the side of the road from time to time and doing an assessment. One of the big lessons we learned out of this was we had an opportunity to look at the things we were doing and say that some of this stuff just didn't make sense for us or the customer and put things in place to make sure that we don't go back there again.

This is an opportune time for businesses to really put some foundational things in place and I will tell you, talking with our customers, especially in the exhibit house side and on the trade show side, they are absolutely doing that. Everyone has stepped back for different reasons and really assessed their business.

Is that some of the strategy behind your new role?

The company grew up very organically, which many companies do, especially during long growth periods. We’ve had a lot of structural changes where we've brought separate verticals together. An example of that was probably about eight or 10 years ago or so, the trade show and event verticals were very separated. Then you started to see where trade shows started to morph into more of these multifunctional types of experiences. We started recognizing that customers really didn't see themselves the way we saw we were segmenting them. They wondered, “Why do I have to talk to six people?”

We needed to really spend more time understanding where the customer needs are, and creating that alignment. I now have responsibility across the verticals for sales and operations, which gives us a quicker decision-making process and gives us better visibility to the customer so that we don't treat them kind of as a one-off.

From what you can tell, how is the industry going to adapt to the pandemic?

I think it’s going to end up breaking down some of the barriers that we have between general contractors, the exhibit side, the event side and show management/show organizers. I think there's going to be a much greater customer view in this, and recognizing some of the things that have prevented us from fully growing the business that we wanted to from a customer standpoint. Customers are going to be looking at things to make them simpler and most cost-effective.

We were already seeing more of a trend toward outdoor space and more experiential marketing. Some of that trend was already there. We saw that in the sense of people not wanting to have brick and mortar on the retail side of things We’re betting on groups wanting to engage in non-traditional environments.

Were many of the changes we are seeing going to happen anyway?

I agree it's been an accelerant. In some circumstances, we basically created a wormhole. We went from here to there in half the time. I think the human condition changes quicker when there's a precipice. And, for the industry as a whole, this was not the precipice you want, but it's the precipice we got.

How do you see venues changing with the times?

When you look at what they're doing with convention centers and how they're designing them, it's much more event-driven thinking. It's not a million square feet of open space and this is how it lays out. You saw that with the expansion in Las Vegas; you're seeing that with the expansion at Javits. They're putting a lot more thinking into how to create environments versus space. And I think that's a huge distinction. Casinos always did that well in Vegas. I think that was probably the example where they learned from.

Companies are not as heavily staffed as before. How will that play out?

We're under the assumption that our customers will come back in a very, very lean way. And as a result, resource demands are going to be much higher than they were before the pandemic. And we're going to have to try to anticipate that and do our best. Everybody is going to come back at a different speed. This is a little bit of Vegas where people are pushing their chips in, but they're just kind of deciding when's the right time. The only thing that we're all sure about is that we're all going to get it a little wrong.

5 Ways to Promote Sponsor and Exhibitor Booths at Virtual Events
Imagine if sponsors and exhibitors kept returning to participate at your events. Isn't that every event planner's dream? This is possible! All you need is to identify the outcomes a sponsor or exhibitor wants and help them reach their goals through a consistent approach. Getting visibility and generating sales/leads are two common event goals sponsors and exhibitors have. Below are five ways to help them achieve these goals.
Learn More