Small Meetings Are Coming Up Big in the Comeback 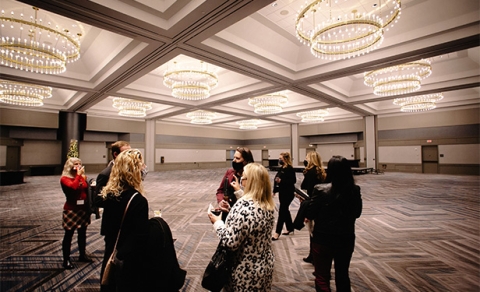 Want to see the progression of corporate events in the past six months? Just track what LeAnn Koenig, vice operations of operations at Vertical Xchange, has experienced.

Primarily an organizer of boutique events across myriad industries, Koenig was hosting groups during the pandemic as early as last September. As you might expect, the audience was split about 50-50 between in-person and virtual. The ratio has gradually tilted more toward face-to-face, reaching 90% for Vertical Xchange’s Row Corp Exchange at The Westin Cape Coral Resort in Cape Coral, Florida, in January. In March, the company’s DairyXchange program was practically an all in-person affair at the same property — only four of the 75 participating companies were required by their organization’s rules to remain virtual.

“We were right on track for where we normally would be,” Koenig said.

The percentages are high, but the numbers are low by design. Vertical Xchange specializes in one-on-one appointments among key decision-makers, allowing it to move back to traditional meetings faster than large associations. The trend is industry-wide. While some trade shows featuring thousands of attendees have been able to get off the ground, primarily in Florida, small corporate meetings are powering the initial stage of the event industry’s recovery. 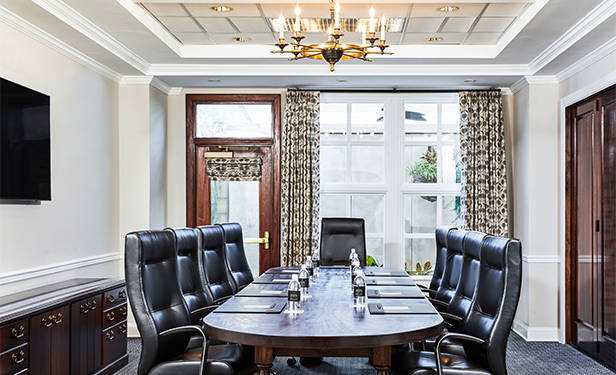 According to Knowland, an AI-powered data platform tracking hotels, convention and visitor bureaus, conference centers and other meeting venues, U.S. group meetings volume increased 42.5% in March compared to February. Corporate meetings accounted for 60.7% of that activity, with the average number of attendees at 61 in March — less than half of the 131 average attendees in March 2020, just before COVID sent the world home for a year.

“The good news is meetings are happening and each month we continue to see additional growth,” said Kristi White, vice president of product management at Knowland.

Meeting Made Easy, a third-party site selection and event management company, has seen similar trends, according to Owner and Founder Mike Ferreira. “My job is back to 90% of what it was,” said Ferreira, who is based in Las Vegas. “I haven’t personally experienced a cancellation since December if that gives you some perspective.”

He said corporate meetings, in general, are seeing about 50%-75% of pre-pandemic attendance and that 80% of events being booked host fewer than 150 people. “I am not so sure hybrid is the way of the future based on what we are seeing,” he said.

Indeed, hotels across the country are filling their calendars with truly intimate, almost micro-events.

“It’s not until after Labor Day that we will see any real, consistent bookings for larger groups with limited or no social distancing measures,” he said.

Terry Matthews-Lombardo, professional meeting management and on-site trip director for her own company, TML Services Group, is more conservative with her estimates. Based off of her clients, a mix of corporations and associations, she expects attendance to be 50% of pre-COVID levels for the typically 75-500-attendee events she produces.

“It will be a slow climb in future years to get numbers up again,” said Matthews-Lombardo, who recently attended a FAM trip in Dunwoody.

While attendee numbers may be down, the number of events is rising fast and furiously. Ferreira advised planners to submit RFPs as soon as possible as some hotel blocks are already filled as far out as Spring 2022. “It’s just so hard to find dates and meeting space,” he said.