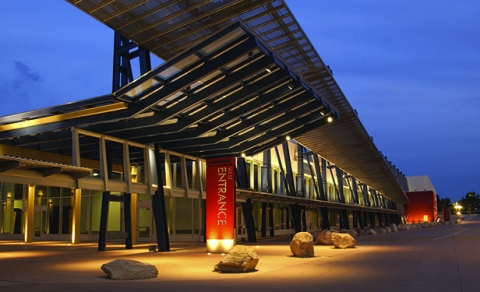 “This is a great opportunity for the entire Reno Tahoe region and an important step in the right direction for the future of northern Nevada’s economy as it relates to tourism, entertainment and conventions,” said Bob Lucey, RSCVA board chair.

He continued, “This partnership will allow the RSCVA to focus on sales and marketing, while vastly improving efficiencies and customer service at the region’s most visible event venues.”

Historically, the RSCVA has managed almost all of Reno Tahoe’s major event facilities since the authority was created in 1959 but last year, the CVB’s executive staff proposed third-party facility management to allow for a greater focus on drawing in more meetings, events and leisure travelers to Reno Tahoe, according to Ben McDonald, communication manager for the RSCVA.

“Being part of SMG’s network of facilities will also result in an increase of big-name, traveling entertainment, which is great news for both leisure and business travelers,” McDonald said.

SMG currently manages more than 75 convention centers, including McCormick Place in Chicago, the Colorado Convention Center in Denver and the Salt Palace in Salt Lake City, as well as 13 stadiums, 70 arenas, and 67 theatres and performing arts centers.

“We have been longtime admirers and believers in the Reno Tahoe region and note numerous milestone decisions like the development of the downtown Reno Events Center some 15 years ago,” said Gregg Caren, executive vice president of SMG.

He added, “We share a number of convention and trade show clients and look forward to supporting the sales efforts of the RSCVA to help grow business tourism for casino and hotel partners.”

With a feasibility study for expanding the 600,000 square foot RSCC currently underway, RSCVA President and CEO Phil DeLone expressed enthusiasm about the resources SMG can provide in the case of a large-scale facility expansion.

“SMG has developed 30 new or expanded convention centers in the last 15 years,” said DeLone. “If an expansion of the convention center is approved, SMG will give us a considerable advantage in ensuring the process is strategic, efficient and comprehensive so that we can continue to attract significant, large-scale business to Reno Tahoe for decades to come.”

The operational management of the RSCC, RSLEC, REC and NBS will begin in June and includes culinary services through SAVOR…/Premier brands, SMG’s in-house food and beverage division.