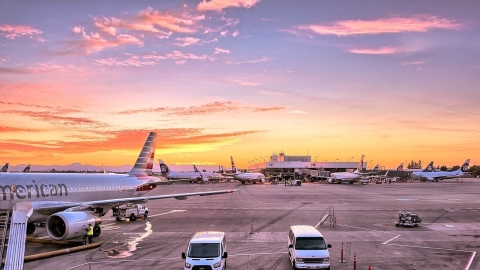 If you don’t yet have a Real ID-compliant license or identification card, you now have another year. The nationwide deadline has been extended to October 1, 2021.

“The federal, state and local response to the spread of the coronavirus here in the United States necessitates a delay in this deadline,” said Acting Secretary of the Department of Homeland Security Chad Wolf in a statement. “Our state and local partners are working tirelessly with the administration to flatten the curve and, therefore, we want to remove any impediments to response and recovery efforts.”

He added that the extended deadline will also allow the DHS to work with Congress to carry out changes needed to expedite issuing Real IDs.

The spread of COVID-19 in the U.S., where more than 366,000 confirmed cases have been reported, along with more than 10,000 deaths, has prompted states across the country to temporarily close or restrict access to DMVs. While many DMVs are processing license renewals by mail, office closures preclude people from being able to apply for REAL IDs, which must be done in person.

The Real ID Act was passed by Congress in 2005 to increase security measures for state-issued personal identification cards that can be used to access Federal facilities, military bases, nuclear installations and boarding federally regulated commercial aircraft. The compliance deadline has been extended a number of times already, with certain states receiving extensions due to the processing work needed to meet requirements.

According to the U.S. Travel Association, as of March 2020, an estimated 83 million Americans did not have a REAL ID-compliant driver’s license or an acceptable alternative identification (e.g. passport), and 39 percent of Americans are unaware of the deadline for enforcement.

In a letter to Acting Secretary Wolf dated March 26, USTA President and CEO Roger Dow applauds the decision to extend the REAL ID deadline to October 2021, but cautions that a further extension may be needed. He urges the administration to review the data prior to enforcing the new date to ensure that enforcement would not negatively impact the travel and tourism industry.

“The current growth in the compliance rate coupled with historical recovery rate after significant economic decline indicates even the most optimistic scenario would take at least two years for Americans and the economy to adequately handle enforcement,” Dow said.

Meanwhile, airlines are applying for federal aid, reducing flights and cutting or furloughing staff. They are also waiving ticket cancellation and rebooking fees — and now, some are starting to offer extensions to loyalty program status and related benefits. In the past few days, United and Delta have issued program change notifications, and it’s likely that other airlines will soon follow suit.

United is extending Premier status through January 2022 and extending United Club lounge memberships and purchased Economy Plus, WiFi and bag check subscriptions for six months. The airline is changing its program to make it easier for travelers to earn status from now through 2021.

Delta is extending Delta Medallion status through 2021, and also rolling all 2020 qualification miles over to 2021. Delta Sky Club members will also receive an additional six months of club membership.

Research from Oxford Economics released on March 24 projects that COVID-19-related travel industry losses will result in a GDP impact of $502 billion in 2020.

Las Vegas Convention Center Loop: Breakthrough for Convention Transportation
The exhibitions industry is racing to help those in need by running for a good cause. Set for June 8-9 for a 4 p.m. start in the U.K. (11 a.m.
Learn More