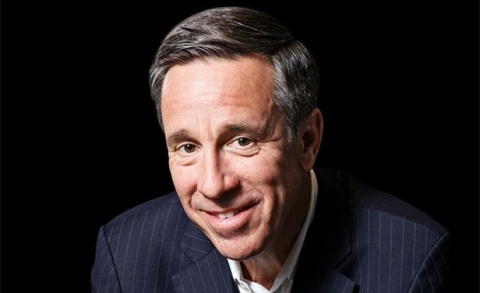 Arne Sorenson, the third CEO in Marriott International’s history, died unexpectedly on Monday, the hotel giant announced. Sorenson was diagnosed in May 2019 with pancreatic cancer and earlier this month took a leave of absence to battle the disease’s resurgence. He was 62 years old.

Among Sorenson’s largest accomplishments was the 2016 completion of the acquisition of Starwood Hotels & Resorts, which immediately made Marriott the world’s largest hotel chain, with more than 5,800 properties and 1.1 million rooms in more than 110 countries.

“During his tenure as CEO, Mr. Sorenson was tireless in driving the company’s progress, creating opportunities for associates, growth for owners and franchisees and results for the company’s shareholders,” Marriott officials said in a statement.

A titan across many industries, Sorenson’s passing was met with shock and sadness by travel executives, corporate giants at IBM, Pepsi and others, as well as political leaders.

“This is a huge loss,” said U.S. Travel President and CEO Roger Dow in a statement, calling Sorenson a “dear friend, business leader and travel advocate.”

Added Dow: “To me, Arne was more than a professional colleague with whom I shared a special Marriott bond, he was an ally, a trusted friend and a partner.”

Based in Montgomery County, Maryland, Marriott was a local lynchpin to the suburb’s economy. It is in the midst of moving its headquarters to downtown Bethesda to facilitate commuting on public transportation. Scheduled to open in 2022, the new campus will also include a 244-room hotel.

“Arne was not only a brilliant business leader but a powerful force for good,” said Rep. Jamie Raskin (D-Md.) on Twitter.

Under Sorenson, Marriott ascended to the top of global rankings for its diversity and inclusion efforts, as well as developing sustainability efforts and combatting human trafficking.

Above all else, though, Sorenson was a businessman who wasn’t afraid to make difficult decisions. With its greater influence and leverage following the merger, Marriott in 2018 controversially lowered commission rates for third-party meeting planners from 10% to 7%.

While not a popular decision among planners, agencies most affected by the change like ConferenceDirect and HelmsBriscoe joined the chorus of those sending messages of mourning and support to Sorenson’s family and Marriott.

“He had an uncanny ability to anticipate where the hospitality industry was headed and position Marriott for growth. But the roles he relished the most were as husband, father, brother and friend," said J.W. Marriott, Jr., in a statement.