How to Solve the Virtual Appointment Problem 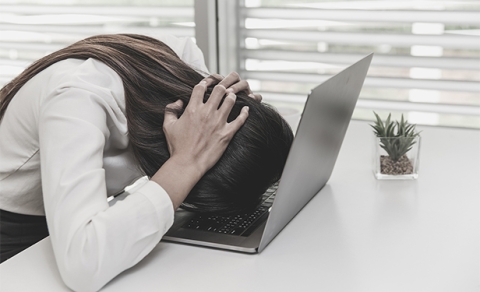 Soon after founding Meetaway three years ago, Scott Barnett conducted research for how his platform could work best for conferences. All it took was one question, asked pre-COVID: What is your favorite part of an event? About 90% of respondents cited one-on-one hallway meetings — impromptu or pre-planned.

“There’s something magical about that one-on-one conversation,” said Barnett, who has built his product to “take that magic moment and run an entire networking session around that.”

Flash forward to the past 12 months, when many attendees and exhibitors have cursed their virtual appointments. The irritation is demonstrated in a study by Freeman, which found more than 50% of event attendees prefer to keep networking as strictly an in-person component. But at Meetaway, “we haven’t seen that problem,” Barnett said.

With a client base continually growing — one that includes the virtual event series Mission Critical — Meetaway has served a total of 4,000 events, the vast majority of which have, not surprisingly, occurred during the pandemic.

The reasons for the success are obvious: The company has built a predictive system to better match attendees and essentially eliminate the problem of the no-show.

Yes, the technology is good, but there is more to it than that — and that’s been a terribly sore spot for the events industry as it races to return to in-person gatherings.

“Everyone says attendee engagement is a huge challenge with virtual events,” noted Curtis O’Keefe, senior vice president of virtual events and conferencing solutions at Communique Conferencing. “Organizers most often look for the platform to solve the problem. Well, it’s not just the platform.”

O’Keefe compares the situation to planners blaming a venue for troubles arising at a traditional networking session. Could the room’s acoustics and spacing make it difficult to communicate? Sure, but is that the venue’s fault or should the planner have known to look elsewhere?

While much of the technological adaptation the industry has gone through would almost surely occur regardless of COVID-19, the speed of the revolution caught everyone off-guard. The learning curve has been steep, at times, and most noticeably around trying to build engagement among attendees. Exhibitors, in particular, have grown frustrated by the lack of quality leads.

That challenge has brought many of the industry’s best minds together. For instance, Brian Scott, president of ClearTone Consulting, began blogging about the technical difficulties virtual events were having. Heather Holst-Knudsen, a veteran event planner who is now CEO of the events consulting agency H2K Partners, read one of Scott’s pieces on LinkedIn. That connection spawned Techmatch, a service they offer to help planners find the right technology for their event.

“It’s not just picking the right platform, you have to have the right strategy,” Holst-Knudsen explained. “A lot of organizers were basically transferring an in-person event experience into a virtual one and it just doesn’t work.”

Barnett encountered many of the same patterns early in the pandemic, but thinks planners have come to the same conclusion that the technology providers were advising all along. Meaning, companies and planners have come around to the notion that a virtual event has to be treated as a separate experience than an in-person gathering, even during the same overall event.

As momentum builds toward the return of face-to-face meetings, hybrid and omnichannel elements will remain prevalent, if not irreplaceable.

Scott and Holst-Knudsen have researched hundreds of virtual platform providers. Many have their uses and can be effective in the right circumstance, they said. But only a handful, including Grip, are truly capable of meeting the needs of sophisticated, multi-faceted conventions and trade shows.

Two consistent problems Scott has seen are data analysis and usability. “We need to drive better data collection,” he said. And, in an observation many can relate to, “The platforms hurt themselves.” Piggybacking on the last point, he cites two examples:

Meetaway keeps it as simple as possible to collect information. Attendees are asked to respond to four or five “tags” that help identify the type of people they are interested in meeting. They can also request a specific person known to be at the same event, which makes connecting even easier.

The platform, Barnett explained, gathers feedback from both sides of conversations to then make real-time recommendations for other appointments. If a good match is not online, Meetaway moves to another preferred match.

Meetaway is meant to be simple enough so organizers, ironically, don’t even need to meet with Barnett or his team to use it. That’s often the case, he noted.

Beyond networking sessions that can last anywhere from an hour to a full day, the platform has also been used as a pre-event gathering so attendees will see some familiar faces when on-site at a convention, conference or trade show.

Meanwhile, he expects virtual meetings to continue, and to improve with more experience. “We’ve learned what works virtually and what doesn’t,” Barnett said.