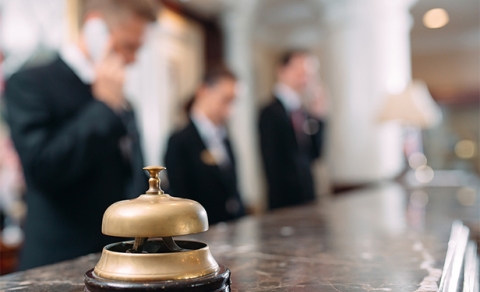 The slow-moving transition of power in Washington, D.C., is causing far more damage than anguish and partisan bickering.

With hopes dimming on a new stimulus package before the new year, the American Hotel & Lodging Association reports stalled negotiations are endangering properties that have survived the pandemic so far.

A new survey shows dim health predictions before a vaccine is released, combined with economic hardship, point toward closures and significant layoffs within six months. That is, unless the federal government passes new relief measures.

While many Americans defied Centers for Disease Control guidelines to visit families for Thanksgiving, many of those travelers stayed at relatives’ homes to celebrate the holidays. As such, airlines found some good news to report but it was business as usual in this challenging time for hotels.

Projections suggest a vaccine can’t come fast enough for the lodging industry. But even if the FDA were to approve all of the promising coronavirus solutions before 2021, it will be months before mass distribution. Talk of a “dark winter” has hoteliers in need of help now.

“Without action from Congress, half of U.S. hotels could close with massive layoffs in the next six months,” says Rogers, echoing the survey in which 71 percent of respondents warned of drastic measures.

STR reports hotel occupancy remains at least 20 percent lower than this time last year, with the difference even starker in urban destinations. Business groups, such as meetings and trade shows, are slowly reintegrating in-person elements to what has been 2020’s virtual reality, but the number of travelers is not enough to overcome the drop in leisure travel.

One-third of the survey’s respondents say that unless dim travel projections are proven incorrect, they have one to three months to survive.

Of the hotels operating throughout 2020, 63 percent are not staffed to full capacity despite efforts to find temporary work for employees through special holiday programs.

Key findings of the survey of 1,200 hoteliers include:

Thus far, there is no indication the lame duck Congress is likely to pass relief. Negotiations have been stalled since the CARES act ran out in early August. And while January brings with it a new set of legislators, as well as a new president, Congress will have to put aside differences to overcome the stalemate.

Rogers added, “We need Congress to prioritize the industries and employees most affected by the crisis. A relief bill would be a critical lifeline for our industry to help us retain and rehire the people who power our industry, our communities and our economy.”