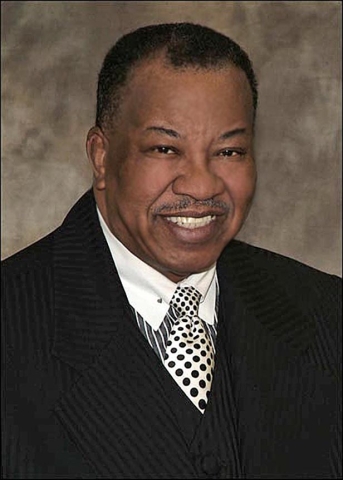 Following more than 37 years of exceptional service to McCormick Place and the city of Chicago, Williams retired from Choose Chicago in February 2013 after holding numerous sales positions for the CVB, most recently serving as vice president, diversity sales. In this key role, he developed and covered the social, military, education/ethnic, religious and fraternal (SMERF) market.

A pioneering leader in furthering racial equality and opportunity in the convention and tourism industry, Williams also served as a beloved mentor to many people seeking careers in the industry and made a significant impact on the economic growth and development of Chicago’s hospitality industry in his promotion of cultural diversity in the meeting industry, according to Choose Chicago officials.

“Bill was a titan in the industry and I was lucky enough to work with him for five years,” said James Meyer, interim CEO and CFO of Choose Chicago. “Bill took me under his wing and helped me better understand the industry. He was a leader who worked tirelessly to promote equity and diversity in our industry.”

He continued, “Bill was also a mentor to many people both in our industry and throughout his community. He was an integral part of his mentees’ professional success, and his legacy lives on in their work and efforts promoting an equitable and diverse hospitality community.”

Honored nationally for his work both in the industry and his community, Williams was the recipient of the 2019 Destination International annual Hall of Fame Award and the 2008 Apex Award for Distinguished Service from Black Meetings and Tourism, in addition to numerous other honors throughout his luminous career. He was also a 33rd Degree Mason and a Shriner.

A graduate of Chicago State University with a business degree, Williams was extremely involved in a number of professional, social and community organizations, including as a founding board member of the National Coalition of Black Meeting Planners and the Chicago Chapter of the Society of Government Meeting Professionals.

He was also a member of Who’s Who Among Black Americans and Who’s Who in Black Chicago and held memberships and board positions for numerous organizations, including the Religious Conference Management Association; International Association of Hispanic Meeting Professionals; NAACP; Christian Meetings and Convention Association; National Urban League; Rainbow Push Coalition; president of the Rat Pack Chicago; former grand marketing director of the Improved Benevolent Protective Order of the Elks of the World (Great Lakes Elks Lodge #43); vice chairman of Westside Association for Community Action; board member of Shoop School 49er’s; member of the board of trustees of the Chicago Baptist Institute; board member of the Academy of Travel and Tourism for the Chicago Public Schools; member of the City Club of Chicago; and board member of the Black Metropolis Convention and Tourism Council.

Additionally, Williams was active in the betterment of his community. The entrepreneur founded the Morgan Park Shoe Repair and Shine Parlors (later called K & J Shoe Repair & Shine Parlors) in addition to the E&B Restaurant with his business partners, businesses that provided part-time employment for more than 30 people.

Many who had the honor of knowing and working with him will remember Williams as a consummate hospitality professional who made a lasting imprint on both the industry and the city he called home.

“Bill’s passing is a loss for the hospitality and meetings industry and for me personally,” said Larita Clark, CEO of the Metropolitan Pier and Exposition Authority. “Bill was an excellent mentor to me when I started my career at McCormick Place, and I am exceptionally grateful to have [had] his guidance and friendship. As a pioneer for diversity in this industry, Bill helped pave the way for people such as myself, and his legacy of excellence will continue to live on.”