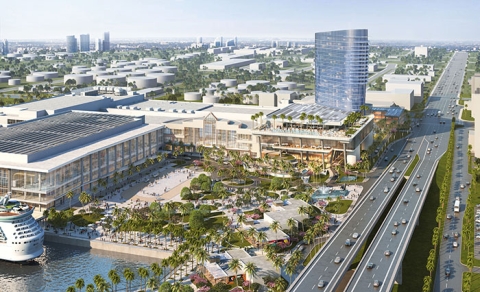 Following a 20-month expansion and enhancement project that increased the 600,000-square-foot facility to 800,000 sq. ft., including a 350,000-sq.-ft. exhibit hall, the venue reopened its doors to event groups in October 2021. Broward County officials held a bond signing ceremony Dec. 17 to finalize funding needed to move forward with the remainder of the project, which will include a new eastside building featuring a host of state-of-the-art upgrades and amenities for meeting and convention groups.

The price tag of the entire project, which will grow the facility to 1.2 million sq. ft. and includes a new interconnected 800-room upscale headquarters hotel, rounds out at $1.1 billion. The next phase of the expansion is now moving ahead, while financing for the headquarters hotel is still in process.

According to GFLCC officials, while the completed portion of the expansion had been planned long before the pandemic, the remainder of the project had been put on hold due to the pandemic and the resulting pause in financial negotiations. 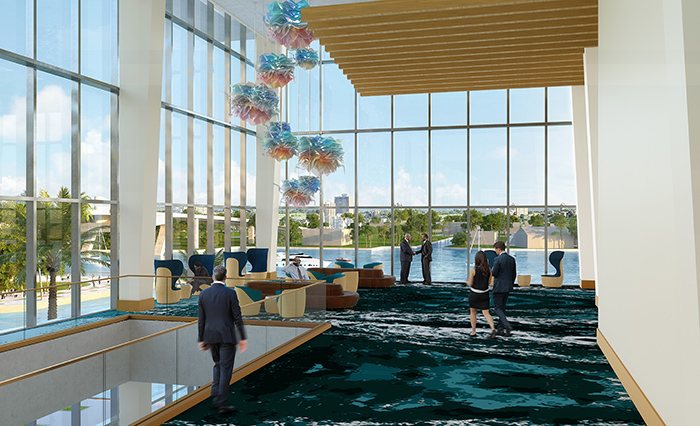 According to Visit Lauderdale officials, the facility has many events and trade shows on its schedule that are looking forward to taking advantage of the larger, upgraded space.

“The convention center expansion with a new 65,000-sq.-ft. waterfront ballroom, along with our expanded exhibit hall and other new features, makes Greater Fort Lauderdale highly competitive in the national convention landscape,” said Stacy Ritter, president and CEO of Visit Lauderdale. “The expansion is key to our continuing evolution as an upscale, cosmopolitan and diverse tourism and meetings destination.”

The convention center expansion is expected to create more than 1,000 jobs and boost the Greater Fort Lauderdale economy by more than $200 million annually.