Encore Boston Harbor Resort and Casino Opening May Be Delayed 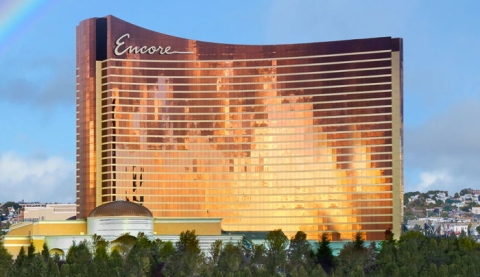 The 671-room Encore Boston Harbor was scheduled to open its doors on June 23, but that opening may now be delayed until July according to Wynn Resorts CEO Matthew Maddox. The $2.6 billion resort and casino, which is located four miles from downtown Boston in Everett, Mass., is reportedly the country’s most expensive resort development of 2019.

The casino was in question for a time due to the sexual misconduct scandal involving former CEO and chairman Wynn Resorts owner Steve Wynn, but in late April the Massachusetts Gaming Commission ruled that Wynn Resorts could keep its gaming license.

The resort’s event space includes ten breakout rooms, a promenade and a 37,000-sq.-ft. grand ballroom – the largest ballroom space in Boston outside of the Boston Convention and Exhibition.  There is also 21,000 sq. ft. of seasonal outdoor space overlooking the Boston Harbor and skyline.

The resort's 15 restaurants, bars and lounges will include the Sinatra restaurant, Wynn Buffet and Rare Steakhouse. A 17-room treatment spa will offer treatments like the Good Luck Ritual, a customized massage, foot treatment, hand therapy and botanical scalp treatment based on the five Chinese elements. A salon and barbershop will be adjacent to The Spa to provide hair and nail services.

The casino will be divided into two sections. The first floor will offer more than 3,000 slot machines and 143 table game. The second floor will be host to an 88-table Poker Room for high-end poker, VIP and private-gaming experiences.

Wynn Resorts has asked the Massachusetts Gaming Commission for permission to serve alcohol on the casino floor until 4 a.m. (state law for most establishments is 2 a.m.). This is not without precedent: MGM Springfield, which opened in Aug. 2018 as the first resort casino in the state, already received special dispensation for the later serving cutoff.

There will be a number of ways of getting to Encore Boston Harbor. Custom-built water shuttles will transport guests from Boston directly to the resort, park-and-ride services will be available from select locations throughout Massachusetts and New Hampshire, and complimentary shuttle services will be offered from nearby train stations directly to Encore Boston Harbor. The resort is located just 6 miles from Boston Logan International Airport.