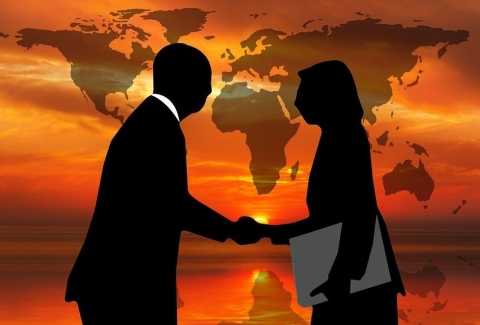 The more things change, the more some things stay the same. A new report from Development Counsellors International (DCI) highlights the changes, challenges and trends taking place within the meetings and events industry while showing that the power of face-to-face interactions remains strong.

“A View from Meeting Planners: Winning Strategies in Destination Marketing” collates data from 181 North American decision-makers and influencers with global meeting planning responsibilities. Respondents span the corporate, incentive and association segments and nearly half have more than 20 years of industry experience.

The first iteration of the report was released in 2012, with an update issued in 2015. Since then, we’ve seen changes including a different U.S. presidential administration, inward-facing trade policies among governments worldwide and ongoing safety and security threats — all of which have had an impact on meeting location decisions.

The costs of meeting spaces and hotel rooms has remained the most important factor in decision-making for more than half of business event planners, followed by ease of flight accessibility from the U.S. and Canada.

Safety and security is top of mind as well, with 44 percent of respondents reporting it as a primary destination concern. Worries about the responsiveness of suppliers, declining budgets and the classic need to “do more with less”: the increase in workload with no increase in staff resources, are close behind. Meanwhile, personal interactions rise to the top of the list for influencing decision-making. First-hand experiences, along with meetings with destination representatives, are the top ways that respondents form their perceptions of destinations. Ninety-five percent of respondents consider educational or familiarization (fam) trips an important factor when considering destinations.

Word of mouth is also key. The report reinforces that professional relationships are a key component of the early stages of site selection, whether it’s learning about a destination at an industry event, from a supplier or colleague. The data shows that convention and visitors bureaus (CVBs) and destination management organizations (DMOs) play a large role as trusted sources of information for planners.

IMEX America has held steady as the most attended industry event since the 2012 report: 56 percent of respondents reported having attended the trade show within the last three years. IMEX Frankfurt and SITE events rounded out the list of most-attended events.

London, Singapore, San Diego, Buenos Aires, the Bahamas, and Dubai were reported to be the top meetings and events destinations in each region.

Despite respondents including Las Vegas Convention and Visitors Authority (LVCVA) in the four top-ranked U.S. DMOs and CVBs (along with NYC & Company, the San Diego Tourism Authority and San Francisco Travel), Las Vegas was voted one of the least favorable domestic business event destinations, along with Detroit. The least favorable reported destinations for international business events include Istanbul, Mexico City and Russia.

To purchase the report or download the complimentary executive summary, go here.