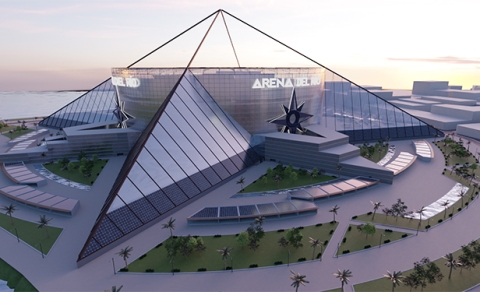 Gilberto Salcedo, vice president of tourism at ProColombia, loves to study numbers. “That’s one of my obsessions,” he admitted.

The pandemic has, naturally, curtailed the momentum Colombia had generated hosting meetings and events. But Salcedo is convinced the slowdown is temporary and has the statistics to back his case.

With travelers across the world relegated to their homes, the tourism branch of the burgeoning South American destination launched a digital campaign in 12 key markets that netted 250 million impressions.

“That allows us to tell you we are top-of-mind,” Salcedo said.

Vaccine distribution, and President Biden’s mandate that all states make shots available to all adults by May 1, has the travel, hospitality and events industries on the precipice of a comeback. International travel, which is inherently more complicated (length, visas, passports, non-COVID immunizations, etc.) than flying domestic, will almost surely lag behind during the initial recovery.

But there are signs that global destinations accustomed to welcoming international delegates and attendees are preparing for the great return. Virtual FAM trips, CVB-sponsored webinars and remote networking opportunities are increasingly available.

“It’s very important we build this bridge between 2019 and the new normal,” explained Salcedo.

Once a country synonymous with the “War on Drugs” in the 1980s, Colombia has cleaned up its act and restored its reputation. The county now has 27 convention centers and 455 hotels, including all of the major brands Americans are accustomed to, designed to host meetings and events.

With diverse geographic regions, Colombia offers a variety of experiences for different types of groups. Business meetings and international associations may be apt to select the capital city of Bogota, which has an urban landscape. Incentive trips and corporate board meetings are most likely to head toward Cartagena, a historic port city dating back to the 16th century on Colombia’s Caribbean coast.

The industry’s impact reported by ProColombia is impressive:

Airports, hotels and venues have adopted health and wellness measures in light of the pandemic, with the government offering certifications to demonstrate a commitment to safety. In another proactive move to attract groups, ProColombia developed an Incentives Empowerment program to train companies to continue in a safe manner the exclusive experiences meant to reward award winners.

A virtual toolkit caters to planners unable to currently hold site visits and infrastructure is in place for the rise in hybrid events. The Colombia Investment Summit in October 2020 had only 50 in-person attendees but welcomed 3,000 virtual attendees.

ProColombia also has launched a “change a date, not the destination” campaign for groups looking to push events into the future. Yet some notable meetings and conventions are still scheduled to occur in Columbia this year. These include

All signs point toward a promising future. Arena del Rio is expected to be the largest entertainment complex of its kind in Latin America when it opens in 2024 in Barranquilla. The $407 million complex includes the first Universal Studios hotel outside the United States, and a 50,000-seat stadium with indoor rooms designed specifically for meetings and events. 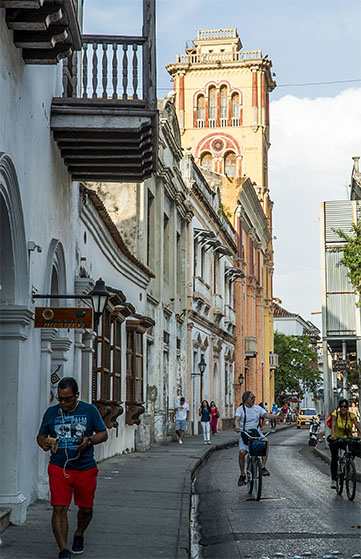 Trying to match the values of today’s event organizers, Colombia has implemented several initiatives that are paying off.

The country has received recognition from the United States Tour Operators Association as a top destination, and the World Travel Awards honored the tourism board while naming Colombia a leading South American destination for foodies and LGBTQ travelers.

Sustainability is another large component of Colombia’s package. A system of solar panels first developed in 2010 at Cartagena de Indias Convention Center is now responsible for 18% of the energy consumed by the venue. Agorá-Bogotá Convention Center improved its solid waste management system, collects rainwater for reuse and installed an automated natural ventilation system that’s better for the environment than traditional air conditioning and heating units.

“We are using technology to position the country as a perfect destination for you,” Salcedo said.