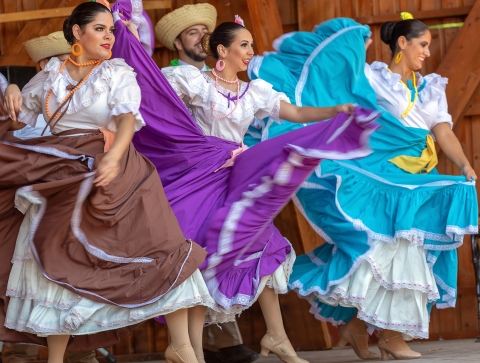 Puerto Rico is no stranger to crises, having faced and overcome major challenges such as the Zika virus outbreak and Hurricane Irma over the past several years. COVID-19 has been no exception, with the destination showing its profound resiliency as it emerges from the pandemic.

Brad Dean, president and CEO of Discover Puerto Rico, highlighted some of the promising numbers at the recent MPI WEC in San Francisco, along with the newly launched "Make Your Meetings Boricua" branding initiative and venue developments.

“Rebuilding has been vitally important over the past four years and to position Puerto Rico to not just come back but to come back bigger and better and stronger,” Dean said. “And to not just recover but to put the transformative power of tourism to work for our people and realize the importance of meetings and events, perhaps more so today than ever before”

He added, “We're excited about what lies ahead, especially as it relates to meetings and events.”

Key meetings and events industry statistics and developments include the following:

Meanwhile, Discover Puerto Rico is inviting event professionals to take advantage of its newly launched “Live Boricua” campaign, which aims to tap into the lively spirit of the Puerto Rican people and the rich cultural heritage of the island.

“Boricua is used to refer to someone of Puerto Rican descent, but what we’re really referring to with the campaign is the lifestyle of the island’s people—their joyful, passionate exuberance,” Dean said. “We believe this is a critical component to travel and tourism, and in particular, meetings and events.”

He added, “It’s an invitation to come for business but more importantly, to come alive with the experiences and immersing yourself in the vibrant culture.”

Following are some of the many ways event professionals can incorporate Puerto Rican culture into meetings and events:

Discover Puerto Rico also shed light on the island’s improving portfolio of meeting and event venues, starting with Distrito T-Mobile, which opened in 2021 next to the Puerto Rico Convention Center.

The five-acre experiential complex is an ideal option for off-site events, conventions and performances, offering a multisensory, audiovisual and technologically advanced experience. Distrito T-Mobile was designed to be the best in global retail, destination dining, art, entertainment, music, technology, and hospitality.

Highlights include more than 14,000 square feet of LED displays and sensory-engagement technology, including the largest 4K horizontal LED screen in the Americas. Distrito T-Mobile also features the Coca-Cola Music Hall, a state-of-the-art concert facility that can accommodate up to 2,000 all-seated to 4,000 mostly standing attendees.

Recent developments include the following: