Should You Think of Events in Terms of 3 Months Instead of 3 Days? 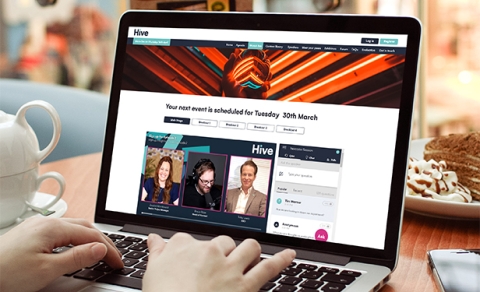 Toby Lewis, CEO of the UK-based Live Group, used to be fearful for the future of the MICE industry. That was well before March 2020 sent us all into a panic.

Lewis’ concerns grew over the course of the last decade while reading yearly analysis reports in which little changed besides dates and venues. The stagnation was equally perplexing and infuriating for someone who always looks ahead.

“Live group was unashamedly geeky before [COVID-19] in terms of the way we adopted technologies across the board,” he said. “We were finding our clients were kind of resisting and we didn't really know why.”

Paradoxically, government agencies — known for red-tape and pages-long procedures — were among the early adopters of omnichannel methods for conducting meetings and training seminars.

Now, a lot more companies and organizations are listening. The pandemic has thrust an evolution — or should we say revolution — upon events that had been a long-time coming, Lewis said.

“I hope we continue down this ride rather than revert back to the old normal,” Lewis said.

Vaccines will be the cure for the COVID blues but not for what Lewis said was ailing meetings previously. There is an opportunity, he said, to create an “Uber” moment for events, but it will take a different mindset to drive such a disruption.

Lewis said you can group people into three different categories:

The first two buckets are all set, Lewis explained. It will be an easy sell to get group No. 1 back in a convention center or hotel ballroom. The second group is likely to drop off as companies shrink travel budgets by limiting in-person attendees, creating an easy out.

Event organizers and marketers should concentrate the bulk of their efforts on that last group straddling the fence. “These are the people who are going to be attracted to travel if there’s that extra factor at your event,” he said. “Otherwise, they’ll just watch it online.”

A Season for Change

While a big fan of technology, Lewis does not think the end of in-person events is nigh. Face-to-face has a place, and an important one at that, in the future Live Group conceives. But rather, than think of that annual conference, convention or trade show as more than a two-to-three-day encounter.

“The real change is expanding the event over a much longer time,” Lewis said. “Rather than two frantic days of running around trying to meet everybody, you might have three or four months of activity.”

Here is how it would work:

Are you a true believer yet? Granted, such an experience requires more work than a traditional plug-and-play conference. And as such, it may not be everyone’s cup of tea — at least initially.

When done effectively, though, an event team is not necessarily going to have to take the lead on each step. Sponsors and attendees can, and hopefully will, develop experiences that build the same type of relationships you are trying to build.

The same thought process also extends the value of your content. For instance, you can pre-record an interview with your company’s CEO one day and edit the final product into different segments aired during different sections of your campaign.

For the first time in a long time, Lewis is feeling encouraged about where events are headed and not just because Live Group’s client base has doubled since the pandemic began.

This new world of events has the chance to be more engaging and productive than in years past. It’s also more sustainable, as hosting fewer events requiring air travel are a way to protect the Earth. Abstractly, events will sustain and even thrive by harnessing a formula able to keep attendees united for longer stretches of time.

“We’re playing with other ways of communicating and it’s very exciting,” Lewis said.