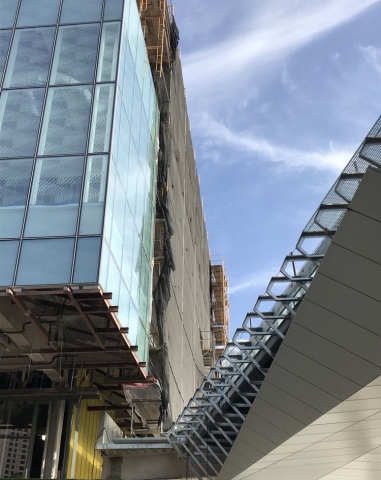 Some of the construction in downtown San Francisco will be ending soon, with a positive impact for event planners and attendees. The $551 million Moscone Center expansion project is due to be completed at the end of 2018.

The expansion adds more than 157,000 gross square feet of flexible meeting space to Moscone North and South and will increase the center's total exhibit space to more than 504,000 sq. ft.

According to Tom David, executive vice president and chief sales officer for San Francisco Travel Association, the expansion, which began construction in November 2014, was driven by the need to both keep and attract convention business.

“The driving force from key convention groups was to modernize the building to keep it relevant,” said David.

He continued, “We had groups that came to San Francisco on a rotational basis, once every three or four years, but as they grew they were unable to come back due to space concerns. Not only does the expansion add over 300,000 square feet of space, 157,000 square feet of space was added from an exhibit sense, making the building more usable.”

Moscone South opened in 1981, followed by Moscone North in 1992. The expansion nearly doubles the current amount of contiguous space that can be used for exhibitions and meetings. The new space and expanded lobbies reflect the more open, airy design aesthetic used for Moscone West, which was completed in 2003.

For large citywide groups, such as the annual Salesforce Dreamforce and Oracle Open World conferences, there will be room for growth. The additional space will also allow some groups that had been using Moscone North, South and West to comfortably fit in the contiguous North and South buildings, leaving West available for standalone groups.

Dreamforce was held last week. For those who didn't know about the construction, it was almost completely masked by the event decor — but for those used to the old Moscone South layout, it was a marked change for the positive. 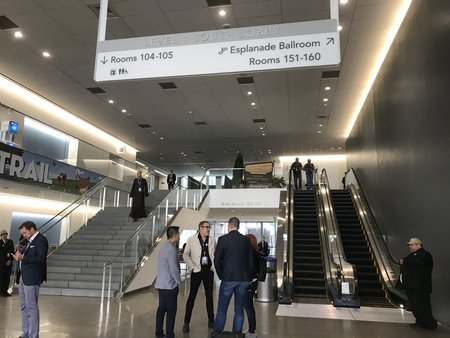 When completed, Moscone North and South will offer:

Sustainability is also high on the list of expansion achievements. Designed to be LEED Platinum Certified, the Moscone Center will have the largest rooftop solar array on a building in San Francisco, generating up to 19.4 percent of the building's energy needs.  The center will be net-positive on water, have an on-site water treatment plant and will be a zero-emission building.

The project also includes two new pedestrian bridges across Howard Street, the East Bridge and West Bridge. The East bridge will allow event attendees to access the upper levels of Moscone North and Moscone South without returning to ground level.  The West Bridge is a public access bridge connecting the Yerba Buena Gardens on either side of Howard Street.

David addressed some of the recent negative publicity around a perception of San Francisco as an unsafe destination, admitting that a lot of work is still needed to get the streets cleaned up, but refuting the idea of the city being less safe than any other large city.

“The reality is, from a big city standpoint when we are compared to many other big cities across the United States, San Francisco is still an incredibly safe city,” he said. 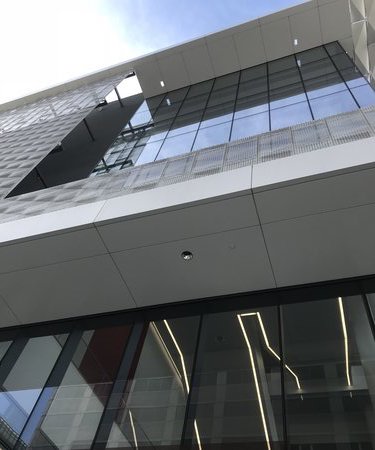 Moscone Center is located in downtown San Francisco, 14 miles from San Francisco International Airport (SFO) and just a few minutes' walk from 22,000 of the city's 33,000-plus hotel rooms, world-class dining, shopping and cultural venues. There are also a number of public transportation options nearby, including Bay Area Rapid Transit (BART), Muni, and CalTrain.

David noted that the average sized group that leverages the center ranges from 5,000 to 10,000 sleeping rooms, giving planners the ability to provide housing options within walking distance for all their attendees.

“Moscone Center’s central location is an added benefit, especially when compared to other cities where convention centers are located on the edge of the city, requiring the majority of event attendees to take busses,” he said.

The expansion will include a new 1,880 sq. ft. San Francisco Visitor Information Center staffed by San Francisco Travel, the official destination marketing organization for the City and County of San Francisco. The Visitors Center will be open to all visitors, not just event attendees.

San Francisco Travel is actively booking the new Moscone space for 2019 and beyond.  Over 1.1 million room nights have already been held for 2019, more than any other year in history.

A grand opening ribbon cutting ceremony is scheduled for Jan. 3, 2019.